The Torture Files: New Evidence of Use of the 'Five Techniques' 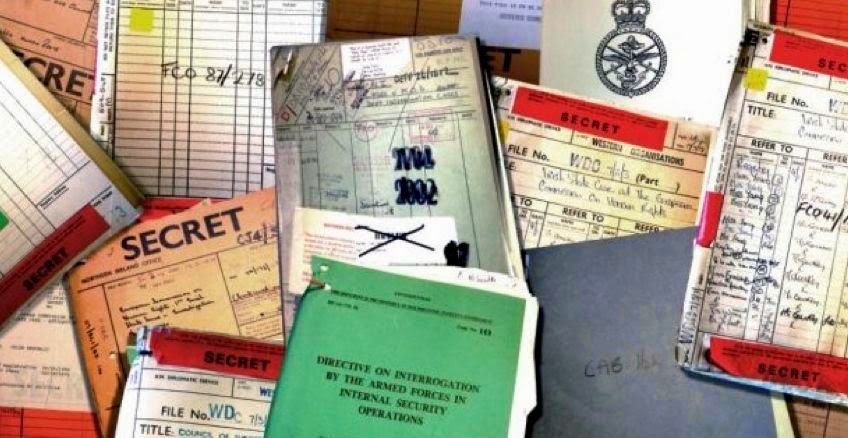 This blog post was contributed by Dr Aisling O’Sullivan, lecturer in law at Sussex Law School. Dr O’Sullivan was project researcher with Professor Schabas, who was the Principal Investigator, on a project funded by the Irish Research Council for the Humanities and Social Sciences ‘Ireland’s Participation in International Human Rights Law and Institutions’. The research including an investigation of Irish and British National Archives files on the Ireland v UK case. The research, which was undertaken at the Irish Centre for Human Rights, was used by RTE in preparation of ‘The Torture Files’.
Posted by William A. Schabas at 07:31

William A. Schabas is professor of international law at Middlesex University in London. He is also professor of international criminal law and human rights at Leiden University, emeritus professor human rights law at the Irish Centre for Human Rights of the National University of Ireland Galway, and an honorary professor at the Chinese Academy of Social Sciences, in Beijing and Wuhan University. He is the author of more than 20 books and 300 journal articles, on such subjects as the abolition of capital punishment, genocide and the international criminal tribunals. Professor Schabas was a member of the Sierra Leone Truth and Reconciliation Commission. He was a member of the Board of Trustees of the United Nations Voluntary Fund for Technical Cooperation in Human Rights and president of the International Association of Genocide Scholars. He serves as president of the Irish Branch of the International Law Association chair of the Institute for International Criminal Investigation. He is an Officer of the Order of Canada and a member of the Royal Irish Academy. Here is the full c.v.

Joseph Powderly is Assistant Professor of Public International Law at the Grotius Centre for International Legal Studies, Leiden University. Between September 2008 and January 2010, he was a Doctoral Fellow/Researcher at the Irish Centre for Human Rights, where he worked, among other projects, on a Irish Government-funded investigation and report into the possible perpetration of crimes against humanity against the Rohingya people of North Rakhine State, Burma/Myanmar. He is currently in the process of completing his doctoral research which looks at the impact of theories of judicial interpretation on the development of international criminal and international humanitarian law. The central thesis aims to identify and analyze the potential emergence of a specific theory of interpretation within the sphere of judicial creativity. Along with Dr. Shane Darcy of the Irish Centre for Human Rights, he is co-editor of and contributor to the edited collection Judicial Creativity in International Criminal Tribunals which was published by Oxford University Press in 2010. He has written over 80 case-reports for the Oxford Reports on International Criminal Law, as well as numerous book chapters and academic articles on topics ranging from the principle of complementarity to Irish involvement in the drafting of the Geneva Conventions. In December 2010, he was appointed Managing Editor of the peer-reviewed journal Criminal Law Forum. His research interests while focusing on international criminal and international humanitarian law also include topics such as the history of international law and freedom of expression.